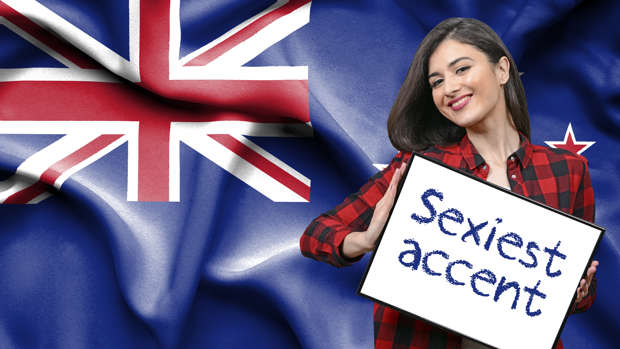 The New Zealand accent has been rated the sexiest in the world ... and we think that's pretty sweet as bro!

With almost 7,000 languages in the world and even more varieties of accents and tones, the Kiwi accent came out on top in an extensive poll conducted by Big 7 Travel.

According to the travel website, the Kiwi accent is "outrageously charming" and beats out our close-sounding neighbours Australia.

"To a novice ear, the New Zealand accent might sound just like the Australian accent, but Big 7 Travel readers disagree. The 'Newzild' dialect is outrageously charming. The sexiest accent in the world? It's official," the website said about the Kiwi accent.

Us Kiwis fended off stiff competition from the Italians, the Irish and South Africans, who were fourth, third, and second in the poll respectively.

According to the website, Afrikaans is a "hugely popular accent with many people across the globe thanks to their unique tones and slang", while the Irish "lilting jibe" has people around the world falling in love with the accent.

The Australian accent was ranked fifth.

TOP 20 SEXIEST ACCENTS AROUND THE WORLD: