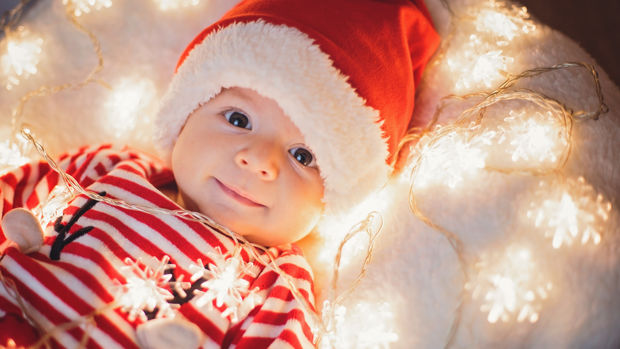 Anyone who has their birthday in December will generally feel like you've been ripped off.

Not only is it a mission to plan a party (thanks to Christmas work dos) because everyone is so focused on getting ready for the festive season, but most people also think it's perfectly acceptable to give you 'joint' presents (it's not).

However, it's not all doom and gloom if you're a December baby ...

Because apparently there are some benefits to being born in the same month as Christmas!

1. They are more likely to live longer.
According to a study published in the Journal of Ageing Research, having a birthday in the final month of the year means you have a "significantly higher risk of surviving up to age 105-plus." Which also means more birthdays! Yay!

2. December babies are nicer people.
A survey of college students in America revealed people born in December complain less than others and have less frequent mood swings - which is probably due to all the Christmas cheer.

3. They're also healthier.
Researchers at the Columbia University Department of Medicine studied 1.75 million people, born between 1900 and 2000, and they found that December babies have a lower risk of cardiovascular disease amongst other major diseases. According to its principal investigator, the findings are down to "seasonal variations".

4. They are natural athletes.
According to a study in the International Journal of Sports Medicine, those born in December have natural athletic capabilities. Researchers believe this is due to higher vitamin D exposure during pregnancy.

5. They are morning people too.
Apparently, people born in December are more likely to enjoy getting an early night AND springing out of bed early - at least that's what research published in the US National Library of Medicine found.

6. They're rare.
December babies are rare, especially if they were born on December 24 or December 25 - which are the rarest of all birthdays.

So there you have it! You're actually more special than you realise!