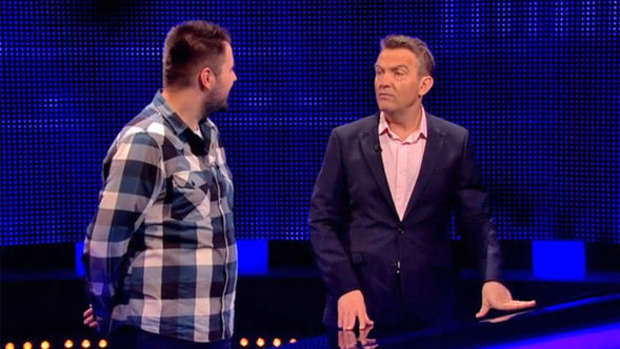 The Chase's Bradley Walsh never fails to make us laugh - and a recent episode of the much-loved game show was no different.

During the first cash builder round, a doctor called Euan was left red-faced after he got a medical question wrong.

The 23-year-old was asked about the pituitary gland, a tiny organ found at the base of the brain, but incorrectly said it would be found in the neck.

Covering his face in shame at the answer, Bradley roasted Euan saying: "The brain! Euan, back to uni!

"Have you got pals watching this? Oh dear. Get your hearing checked, go and see your doctor."

"I thought you said thyroid," Euan attempted to redeem himself, though still not explaining why he thought the neck was an organ.

The embarrassed contestant admitted that he hoped Paul Sinha, who studied at St George's Hospital Medical School, would not be the day’s Chaser.

To which the popular host laughed: "If it’s him, trust me you’re going to get it!"

Sure enough, the Chaser who marched on to the set was indeed 'The Sinnerman' - and he had his own cheeky joke for the contestant.

"Come on Euan, you think I'm going to be horrible to you? I've made these sort of mistakes so many times, I feel for you!" he said.

"That wasn't medical ignorance, that was just you being hard of hearing. Hearing by the way ... the ears," he joked.