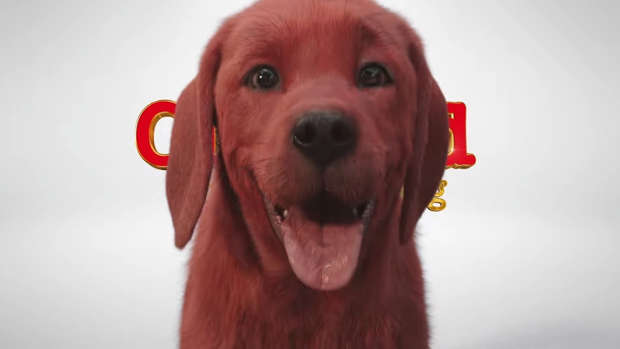 Fans who grew up with the Clifford The Big Red Dog books have been left horrified by the first look at the movie adaptation.

Yesterday Paramount Pictures shared a glimpse at the CGI animated hound in the upcoming feature film, and fans of Norman Bridwell's original book series were quick to point out that Clifford's red colouring looks noticeably unnatural.

"Live-action Clifford the Big Red Dog proves once again that nothing I love from my childhood is sacred," tweeted one appalled viewer.

"The live-action Clifford the Big Red Dog will haunt me forever," tweeted another.

It’s here: your very first look at Clifford The Big Red Dog! #CliffordMovie hits theatres next year, but today we’re celebrating the pets who inspire us to #LoveBig. 🐾 ❤️ Share a pic of your favorite pet to help us spread the love! pic.twitter.com/CGRn8M8QYL

A third added: "Ugh, I loved Clifford. This is not Clifford."

The film stars Darby Camp as a little girl who receives a (briefly) tiny red puppy from an animal rescuer portrayed by John Cleese.

From there, the tiny red puppy becomes a big red, nightmare-inducing dog.

Clifford The Big Red Dog will hit cinemas on November 5, 2021.