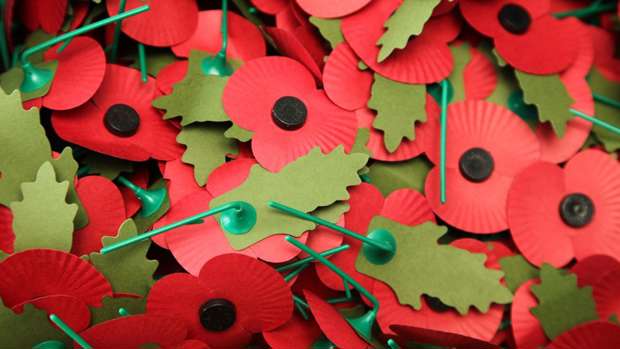 Do YOU know the correct way to wear a poppy?

A veteran's touching advice on the proper way to wear a poppy has become a huge online hit.

Karen Lowton approached poppy seller, Peter Godsmark, 76, to ask him if he had a spare pin. During their encounter, Mr Godsmark shared some insights into the perceived meanings behind the Remembrance Day symbol.

'A lovely military man selling poppies stopped me today and asked if he could reposition mine - while doing so he told me that women should wear their poppy on their right side; the red represents the blood of all those who gave their lives, the black represents the mourning of those who didn't have their loved ones return home, and the green leaf represents the grass and crops growing and future prosperity after the war destroyed so much.

He was worried that younger generations wouldn't understand this and his generation wouldn't be around for much longer to teach them.

I'm really pleased to have learnt some things today that I didn't know before, although must admit I've spent a rather obsessive afternoon wanting to rearrange quite a few strangers' poppies.'