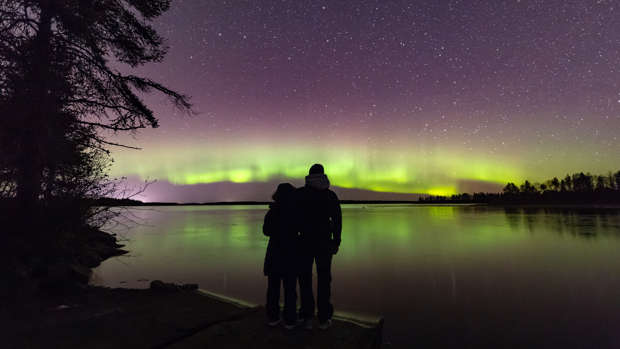 If the clouds part for long enough tonight, people along the Otago and Southland coastline may be in for a spectacular Aurora Australis light show.

University of Otago Physics Department head Professor Craig Rodger said earlier this week, there were two coronal mass ejections (CME) on the Sun (each a day apart), which fired significant amounts of plasma towards Earth.

It is expected to be visible again early on Friday morning.

"There could be more action on Thursday night but because it is a bit further out, it is harder to predict its exact arrival time.

"We're asking Mother Nature to behave, which she's not very good at.

"But if she plays by the rules, we should have an auroral display on Thursday night and Friday morning.''

"It's generally easiest to see the Aurora Australis when you're coastal, away from city lights, and you can look south, low on the horizon, and not be blocked by other land masses.

"There is certainly a possibility, that if it's a big enough event and the aurora gets high enough in the sky, you could see it from anywhere in Otago and Southland.''

"The Sun may give us a stunning display and you'll be able to see colour, but I can't promise that. It's more common that it will be a marginal display where human beings will only be able to see it in black and white.

"It's obviously in colour, but it's not strong enough to trigger the colour receptors in our eyes.''

The major problem would be the weather, he said. If it was cloudy, it would be difficult to see the aurora.

This article was published on nzherald.co.nz and is republished here with permission.