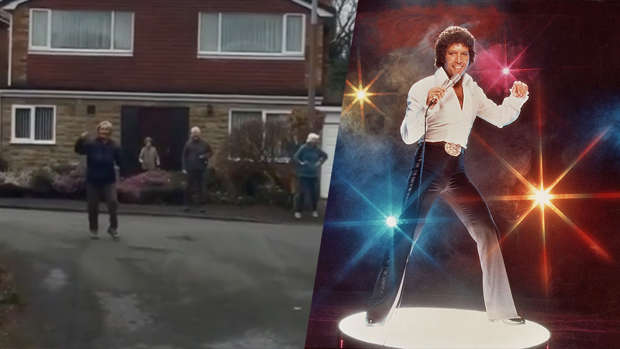 The world has been finding creative ways to keep community spirits up in recent times, especially this usually quiet street in the UK.

Elsa Williams shared her video to Twitter, which captures her street dancing around to Tom Jones' 1965 toe-tapper 'It's Not Unusual'.

The heartwarming watch has been viewed over 7 million times since it was uploaded.

Socially distant dancing happens every day on our road at 11am during #lockdown. This was day seven.#Covid19 #StayHomeSaveLives pic.twitter.com/yBw2Q230CA

Elsa later explained that the daily dancing sessions were organised by the resident fitness instructor to encourage physical activity whilst keeping safe.

"Had some people asking about the video—a local fitness instructor (Janet Woodcock) leads the sessions," she wrote.

"Distance dancing only lasts 10 minutes a day so causes minimal disturbance. Mostly our road is kids and elderly residents who are self-isolating, so they look forward to it."

She continued: "It was only meant to be a one time thing, but it lifted people round here up a bit and they wanted more. It’s also worth noting that our road hardly spoke to each other before all this!

"Most people are dancing in their drives. Anybody who looks a bit too close together live at the same residence. People’s health is paramount, so of course 2m+ distancing is maintained at all times."