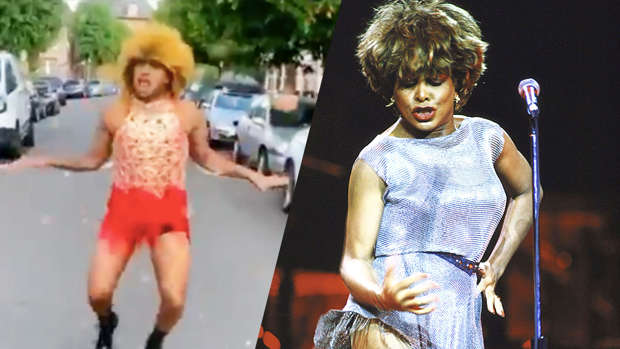 A neighbourhood in London has been treated to some serious moves with professional dancer Austyn Farrell showcasing his incredible Tina Turner impression.

To pass time during lockdown, Farrell has been posting videos of himself dancing in the street to spread some joy amongst his neighbours.

Judging by his moves, it's easy to see why he has gained such a huge following!

🎥 @alankitrell Thanks for another week of love! all fun and games but some of the comments do really mean a lot so thank you ❤️ have a fantastic weekend! Cup Kumka 🙏

Farrell's lipsync of Turner's 1988 classic 'Proud Mary' was originally posted to Tik Tok, and has been viewed nearly 1 million times.

We think this could be the best Tina Turner we've seen yet! What do you think?