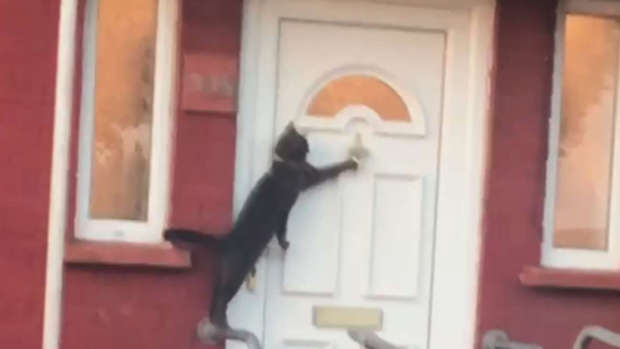 A woman has been left stunned after she witnessed a cat politely knocking on its owner's front door, before waiting patiently to be let in.

The footage, which was filmed at 6am on Friday, shows the black moggy standing on a metal handrail, before moving the door knocker four times.

The cat then waits patiently to be let inside the house, with its paws resting on the handle.

However, when the door stays shut, the cat knocks again.

Sheekilah Jones, who filmed the video, wrote on Facebook: "I'm either seeing things because it's 6am or this cat is actually knocking the door?"

The video has since gone viral. receiving over 11 million views and 272,000 shares.