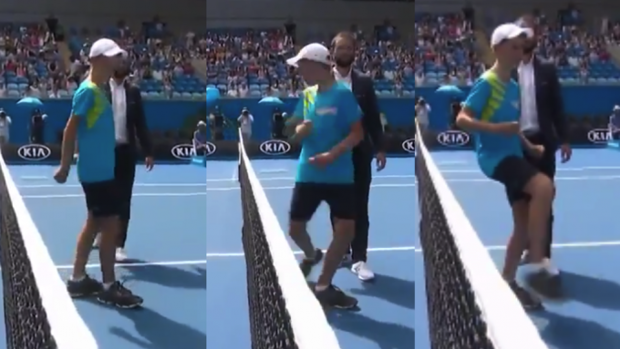 When you get the chance to be a ball boy in the Australian Open, you can't take the opportunity lightly, and you've got to capitalise on it.

Well at least that's what the young man that did the coin toss during Kei Nishikori and Kamil Majchrzak's game in Melbourne thought.

Check out his flamboyant toss here:

...did not expect that 😂#AusOpen pic.twitter.com/lse1gXZEDe

While there were a few people that called him immature for the stunt, most people loved it, and the tweet has now received over 12,000 likes.

Hopefully he didn't get the chop after this game and he'll make another appearance!