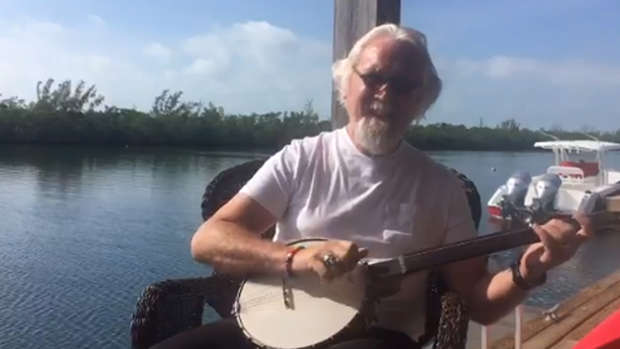 Billy Connolly has apologised to anyone that he may have upset with news of his imminent death after things were taken out of context.

The 76-year-old comedian laughed off the rumours about being on death's door while basking in the sun and playing his banjo.

The video was posted by his New Zealand-born wife Pamela Stephenson captioned with one word: "Today.''

As he plays a few chords on the instrument, Sir Billy says: "Not dying, not dead, not slipping away.

"Sorry if I depressed ya - maybe I should've phrased it better,'' he says, as his wife chuckles behind the camera.

As well as posting this video, Pamela called out Mike Parkinson on Twitter, labelling him a "daft old fart".

In the documentary that caused all the speculation, Billy admitted that his life is "slipping away'' and that he is now "near the end''.