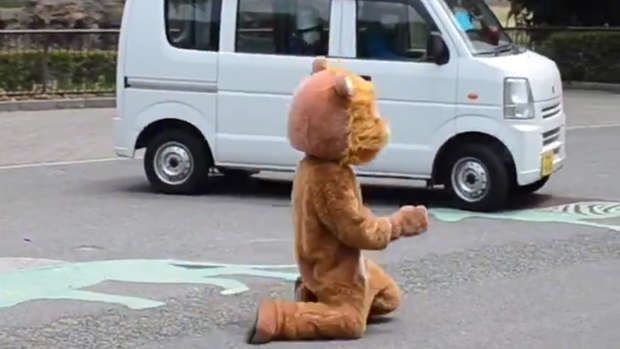 When you're working with wild animals, it's always a good idea to be prepared for the worst case scenario.

But one Japanese zoo has gone viral after footage of their bizarre safety drill, featuring a staff member dressed as a lion, has gone viral.

In the clip, which was posted on Twitter, staff can be seen armed with nets and poles at the Tobe Zoo in Ehime as they try to capture an "escaped animal".

The "animal" in question turned out to be a staff member in a lion costume ... and one who was very committed to their role, as they swiped at colleagues who got too close.

The best part of the video? The several real lions looking on in disgust at the odd spectacle.

Since it was posted yesterday, the hilarious video has been viewed more than 251,000 times and people can't seem to get enough of it!