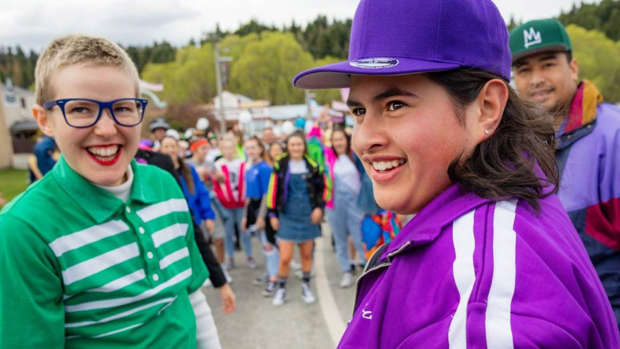 And while it has all the ingredients for another fun offering, the video is being slammed by audiences online who suggest that is was "cringe" to watch and the actual safety message gets "lost in translation".

The video features Kiwi favourite, Hunt for the Wilderpeople actor Julian Dennison, and local music stars Kings, Theia and Randa who perform an instructional version of It’s Tricky by RUN-DMC and In the Neighbourhood by Sisters Underground.

Awesome safety raps indeed, with @larzranda, @kingsmusicnz , @juliandennison and @theiaofficialxo. Oh, and just a few hundred of our local community. Check out the latest #ItsKiwiSafety video by clicking on the link in our bio 🙌👍

Since its release, the video has received more than 500,000 views on YouTube, but commenters revealed that while they first liked the look of the safety video, they found it hard to understand.

"I mean it's a nice video, but, for the first time, I feel the safety message is lost in translation," one user wrote after watching the four and a half minute long clip.

Others pointed out that the rapping in the song may be hard for people to understand, especially if English wasn’t their first language.

"Good thing I already know what to do in the event of an emergency, because otherwise, I would die for sure," one person added.

One woman thought that Air New Zealand was too focused on trying to be "cool and creative" instead of focusing on safety.

"I feel like our safety videos are more focused on being 'cool and creative' than safety itself," she wrote.

"If I was travelling on a plane for the first time and I was unfamiliar with safety procedures I don’t think I would be able to pick up on anything in this video, it’s too fast and hard to pinpoint the parts that are actually important."

Others simply stated that they just didn’t enjoy the "cringe" video.