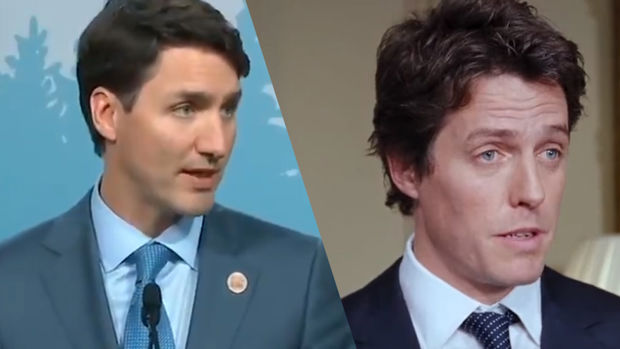 It was released 12 years ago, and still is a favourite of many, but it seems that just like other shows have done in the past, it's predicting events ahead of its time.

As JT from Coast Drive has pointed out, the speech that Justin Trudeau gave against Trump over the weekend seems eerily familar to Hugh Grant's speech against Billy Bob Thorton's character in 'Love Actually'.

Trudeau has SNAPPED and has zero chill for Trump: pic.twitter.com/fTziErOjlC

Notice the similarities? Just like Hugh's character, Justin isn't going to stand for being pushed around by Trump.