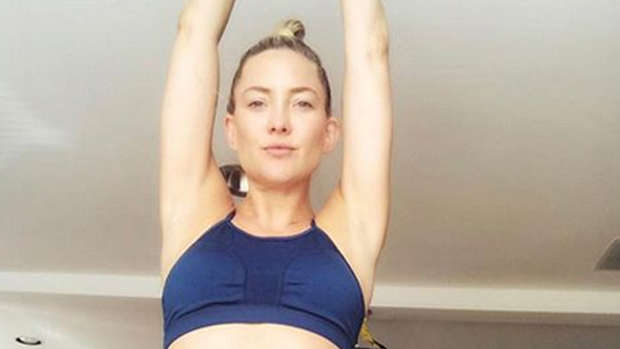 Kate Hudson has taken on the chorus of Lady Gaga and Bradley Cooper's iconic song 'Shallow' - and she totally smashed it!

Not only is the 39-year-old a talented actress and dedicated mum, but she's also an incredible singer.

Taking to Instagram over the weekend, the Almost Famous star showed off her seriously impressive pipes singing the hit single from A Star Is Born, all while working out with her trainer.

"Gearing up for my in-living room Oscar performance," she captioned the video before apologising to songwriters Lady Gaga and Mark Ronson for mixing up a few lyrics.

Fans were left amazed at her "hidden" vocal talents, with many wondering where that voice was during her rendition of 'You’re So Vain' in How To Lose A Guy In 10 Days.

It seems her followers have forgotten the mum-of-three starred alongside Lea Michele in the fourth season of the musical TV series Glee.

How amazing is she?!