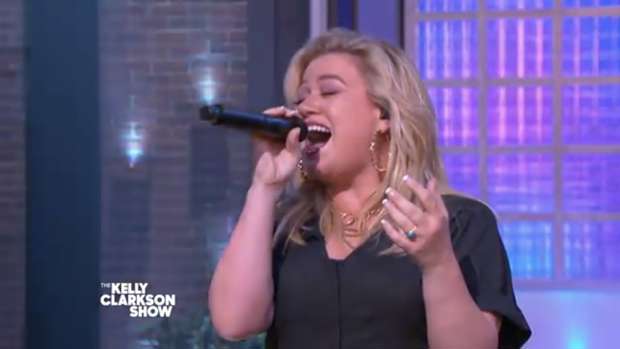 Kelly Clarkson turned back the clock with her soulful rendition of Cher's 1989 hit "If I Could Turn Back Time" on The Kelly Clarkson Show earlier this week.

The former American Idol winner belted the number during the Kellyoke segment of her show, which was certainly well received by the crowd in attendance.

Kelly strutted around the studio in her bold black jumpsuit, and even serenaded a lucky audience member with the remorseful yet romantic song lyrics.

Cher's original version went to number 3 on the New Zealand Charts, and has sold over 1 million copies worldwide.