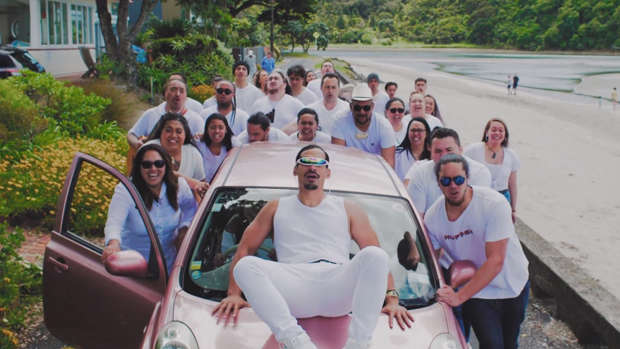 The group, who collaborated with internet sensation William Wairua, created the music video as a way to pay tribute to the band's lead singer, Freddie Mercury, and to celebrate the release of the Queen biopic, also titled 'Bohemian Rhapsody'.

Hātea Kapa Haka head tutor Pauline Hopa said: "I have always loved the song, Bohemian Rhapsody. But never in my life did I think that we would be part of something this big."

"We only had two weeks to sort the song out with our group ... So we really had to get the team moulded because this was something new for us and some of our younger vocalists didn’t know the song. Once they did, it was like 'woah!'."

The video was shot at Waiwera, north of Auckland.

The video, posted to William Waiirua's Facebook page, has received over 3,000 likes and been shared over 2,000 times.