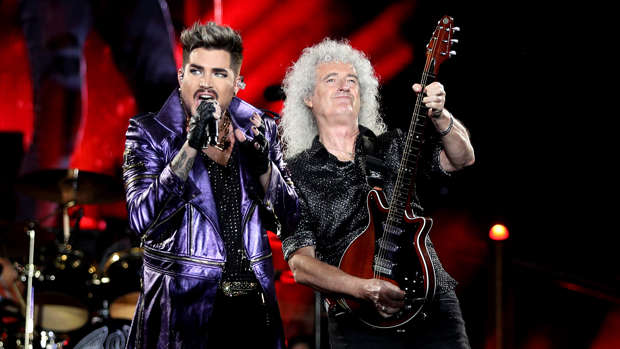 Queen fans were treated to a rocky cover of Elvis Presley's 'Heartbreak Hotel' during their second show at Melbourne's AAMI Park over the weekend.

As guitar legend, Brian May launched into an epic solo of the iconic ballad, the crowd cheered in approval before Adam Lambert belted out the opening verse - and their cover did not disappoint!

Taking to Instagram, May shared a clip of the performance that was captured from backstage.

A little free wheelin’ tonight - on the ancient classic HeartBreak Hotel. Captured by Pete from backstage. THANKYOU MELBOURNE !!! You guys were great to play to. Take care —- Bri

"Captured by Pete from backstage. THANK YOU MELBOURNE!!!

"You guys were great to play to. Take care — Bri."

This isn't the first time Queen and Adam Lambert have performed a surprise cover at one of their recent gigs.

Just two weeks ago the trio surprised fans in Dunedin with a cover of Led Zeppelin's Whole Lotta Love.