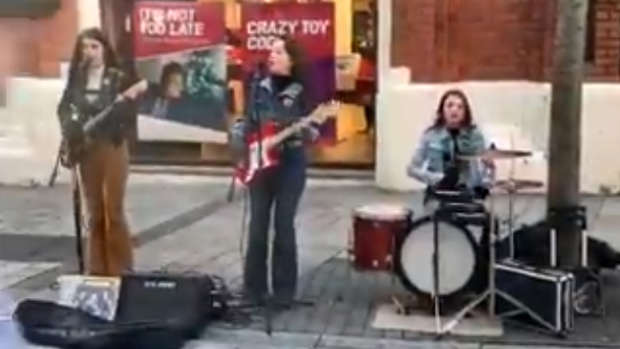 Three street buskers from Ireland are wowing the internet with their cover of Fleetwood Mac's 'Go Your Own Way'.

The trio, who go by the name of Dea Matrona, were captured on camera busking in the days before Christmas.

The @DeaMatronaBand have thoroughly made my day, give them a follow! 😆👌🏻🎉 pic.twitter.com/TY3ei4AEmW

Posted to Twitter, the video has since received over 480,000 views and the band are pleasantly surprised by the response.

Speaking to Belfast Live, lead singer Mollie McGinn said: "It's been really amazing and so exciting. Me and the other girls are so happy to see the response.

"We hadn't busked there since last Christmas, it's become a Christmas tradition for us these days.

We're surprised these girls haven't been snapped up by a record company!