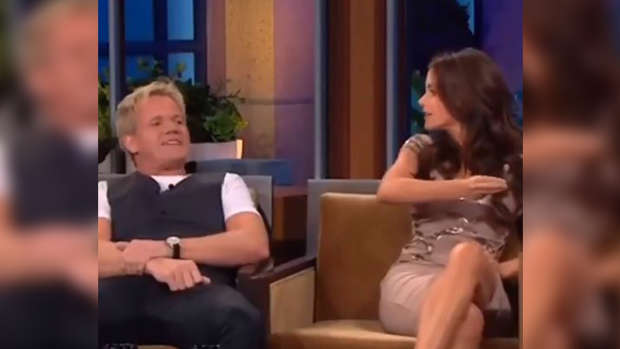 A 2010 interview of Gordon Ramsay and Sofia Vergara has resurfaced because of the celebrity chef's "disgusting" actions.

While appearing on The Tonight Show with Jay Leno, Gordon makes several questionable jokes and even touches Sofia's leg at one point.

When talking about pizza, Vergara explains that it's not something that you would eat with utensils, Ramsay replies with: "You just grab it and stick it in!"

After numerous inappropriate jokes, Sofia tries to put an end to Gordon's antics and forces him to be quiet by saying "Ok, this is my interview!"

Take a look at the uncomfortable clip here:

Sofia Vergara didn’t deserve to be treated like this. This is very very uncomfortable. pic.twitter.com/5xgxLLFZ8R

One Twitter user explained the predicament that Ramsay put Vergara in:

It sucks because if Sofia had smacked him upside the head like he deserved or tried to communicate to him in a serious manner that she was uncomfortable she would have been called a crazy or angry Latina.

What do you think of the interview?