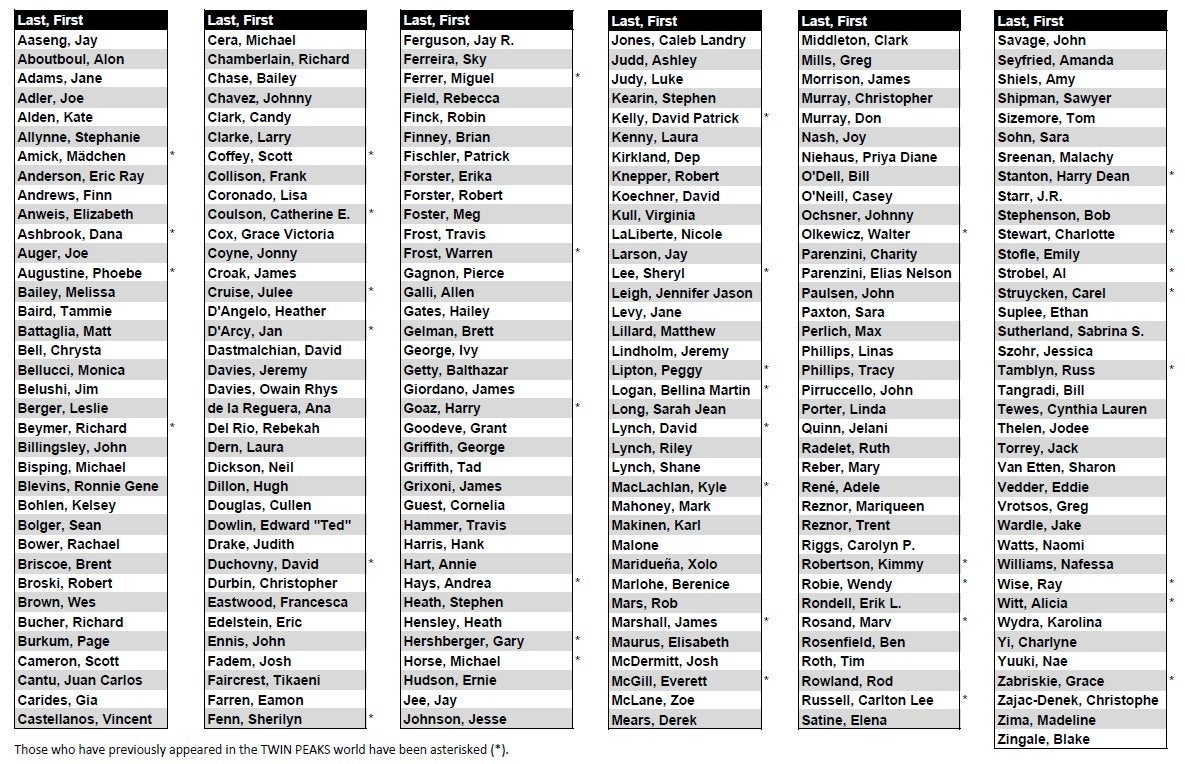 Catherine Couslon, who played fan-favorite the Log Lady in the original series, was also set to return before her September 2015 passing. Her name is on the list too, so it looks like Lynch and Frost either shot footage with her before her passing or figured out some other way to include the late actress.

Neither Lara Flynn Boyle or Moira Kelly, who both played Donna Hayward (the former in the show and the latter in the movie Fire Walk With Me), are listed - which means Donna has either been replaced or won't play a part in the revival. However, Warren Frost, who played Donna's father Will Hayward, and Alicia Witt, who played Donna's sister Gersten Hayward, will both return. It is also now confirmed that Michael Ontkean won't be back as Sheriff Harry S. Truman, alas. (The character may have been recast with one of the actors listed here, however.)

Heather Graham - whose character Annie was vital to the original series' cliffhanger - is also not present on the list.

Showtime's Twin Peaks just wrapped principal photography, and is expected to debut in 2017.

Excited or surprised to see any of the names listed? Let us know!