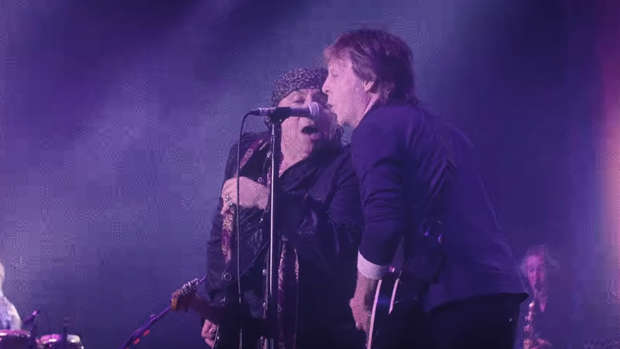 Fans who attended Little Steven and the Disciples of Soul's concert in 2017 at London's Roundhouse were treated t an incredible surprise for the last song when Paul McCartney took the stage.

In the video that has just been posted to Little Steven's account, you can hear the crowd get excited when they see the former Beatles star walk out with guitar in hand.

Take a look at the energetic performance here:

This special appearance at the concert was just a few months before Paul was a guest on Jimmy Fallon's show and pulled a great prank on some unsuspecting fans.

How cool would this have been?