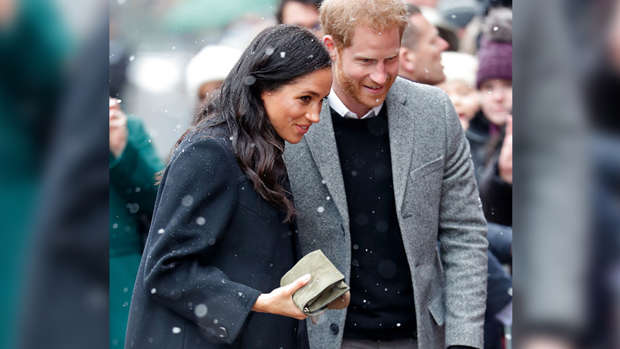 Despite freezing temperatures and a light dusting of snow, the Duke and Duchess of Sussex still stepped out in Bristol last week to engage with the crowds.

The freezing fans had been waiting to meet the Duke and Duchess for quite a while, so were understandably excited when the couple approached them.

A video from the event was shared on the official Royal Family Twitter account which shows Prince Harry reacting to an old photo of his mother:

Prince Harry was stopped by a woman in Bristol who showed him a picture of his mother Princess Diana from 25-years-ago. Visibly touched, the Duke tells her to look after the photograph.#PrinceHarry #DukeofSussex #Royals pic.twitter.com/FUhchXLQoO

After seeing the photo Harry revealed that he recognised the photo of his late mother which was taken in Bristol.

The fan then spoke about the time that she had met Princess Diana, but was extremely nervous and almost forgot to give Diana the flowers that she had brought for her.

What an amazing story!