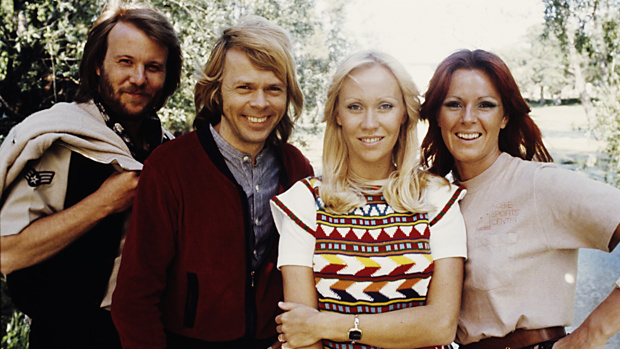 Much to the delight of ABBA fans worldwide, the Swedish superstars have reunited in public for the first time in 40 years.

Walking the red carpet for the opening night of their Voyage concert, Agnetha Fältskog, Anni-Frid Lyngstad, Benny Andersson and Björn Ulvaeus all appeared together at the Queen Elizabeth Olympic Park in London.

Speaking outside the purpose-built stadium, Fältskog said: "It's amazing to see all the English fans."

Lyngstad added she was most looking forward to seeing the band perform their hit 'Mamma Mia.'

Andersson was all about the summer theme as he rocked a flowery coat to add a dash of colour to his black outfit.

Fältskog and Lyngstad were going for similar colours in cream-coloured outfits.

While Ulvaeus kept it simple in a white shirt and a navy blue suit.

The last time ABBA were seen together in public was on a British TV appearance back in late 1982.

The group went their separate ways in the same year at the height of their career.