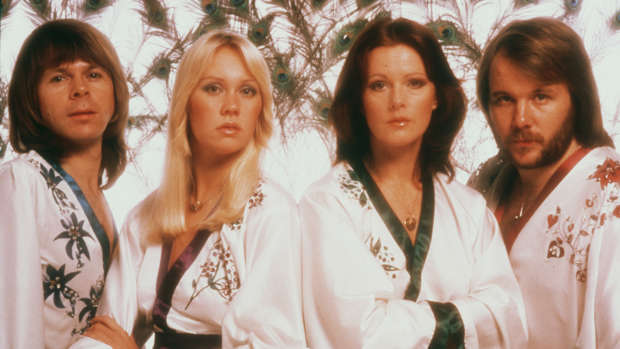 It's the moment ABBA fans have been patiently waiting for ...

The Swedish supergroup have reportedly reunited in secret to film their 2022 ABBAtar hologram tour.

Agnetha Fältskog, Björn Ulvaeus, Benny Andersson, and Anni-Frid Lyngstad are said to have met up at west London's Ealing Studios to work on their hotly-anticipated project.

A source told The Sun: "ABBA have kept everything about their reunion shrouded in mystery but this has really been a long time coming.

"They announced the tour in 2016 and although it's been a slog to get to this point, it is now full steam ahead and the show is taking shape."

The insider continued: "Agnetha, Björn, Benny and Frida have all recorded bits and pieces and they have enjoyed taking a trip down memory lane with it all."

Ahead of performances which will mark their 50th anniversary, the quartet are also set to release five new songs for the first time in nearly four decades next year.

The group went their separate ways in 1982 at the height of their career.

They performed together for the first time in decades in 2016 at a private event, which marked the 50th anniversary of the first meeting between songwriters Björn and Benny.