New Zealand's first man Clarke Gayford has been gracing Australian television screens as he featured alongside comedian Celeste Barber in an advert for audiobook service Audible.

However, the ad - which also featured a fake baby Neve - has now been banned over the ditch following complaints from viewers.

Gayford appears in a scene folding washing with his pretend daughter attached to his front in a carrier.

He tells the camera: "I may just be an average bloke, but Audible really takes the hassle out of housework."

But it wasn't the 42-year-old's scene that sparked complaints.

It was Barber's appearance in the fridge of Australian MasterChef contestant Poh Ling Yeow that saw viewers expressing their concerns.

Yeow is filmed preparing a meal in her kitchen and discovers Barber hiding in her fridge eating a piece of celery.

According to the Daily Mail, the scene received complaints as "young children seeing Celeste hiding in a fridge will think it's a fantastic hiding place for hide and seek".

One complainant also pointed out that there have been fatal accidents involving children locking themselves in fridges. 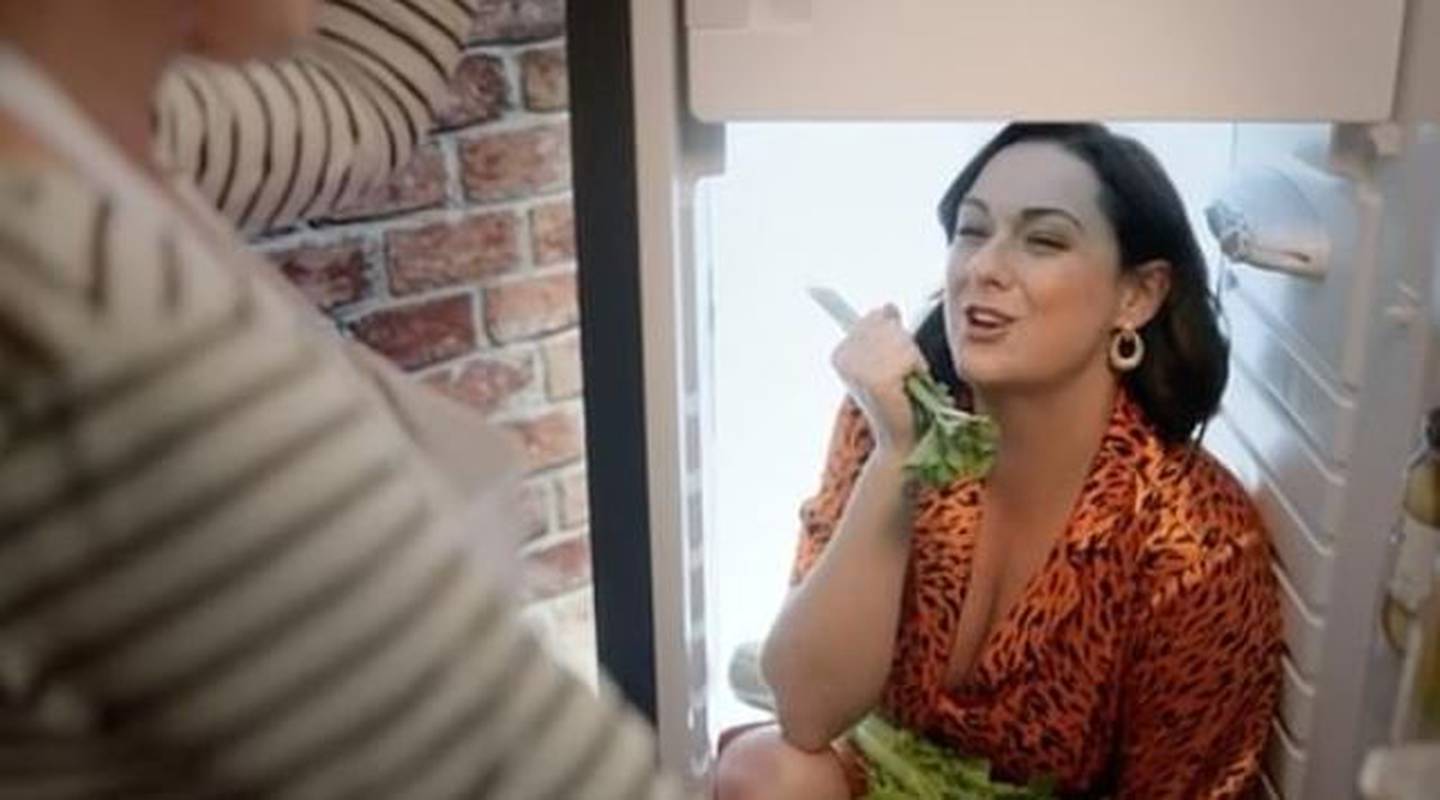 An Audible spokesperson said: "We regret that this advertisement has sparked concern for a number of Australians, as we care deeply about the wellbeing of our community.

"When we received the notification from Ad Standards regarding this complaint, we immediately removed the advertisement from television.

"We have subsequently made the decision to modify this advertisement to remove the scene in question, and will look to run updated creative moving forward."