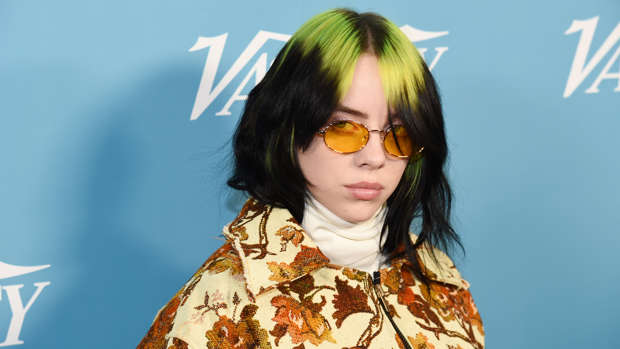 While Elton John was rumoured to have landed the job of writing the next James Bond theme, Billie Eilish has revealed she scored the gig.

The 18-year-old singer has confirmed she penned the iconic song for the upcoming installment No Time To Die with her older brother Finneas O'Connell and flew to London in secret just before Christmas to record it - making her the youngest person to ever to write and record the theme song for the film franchise.

Following the news being announced on the official James Bond Twitter account, the 'Bad Guy' hitmaker said: "It feels crazy to be a part of this in every way.

"To be able to score the theme song to a film that is part of such a legendary series is a huge honour. James Bond is the coolest film franchise ever to exist. I'm still in shock.

The #NoTimeToDie title song will be performed by @billieeilish. Billie has written the song with her brother @finneas and is the youngest artist in history to write and record a James Bond theme song. pic.twitter.com/Qd5cYIRlmg

"Writing the theme song for a Bond film is something we've been dreaming about doing our entire lives. There is no more iconic pairing of music and cinema than the likes of 'Goldfinger' and 'Live And Let Die'.

"We feel so so lucky to play a small role in such a legendary franchise, long live 007."

While producers Michael G Wilson and Barbara Broccoli added: "We are excited to announce that Billie and Finneas have written an incredibly powerful and moving song for No Time To Die, which has been impeccably crafted to work within the emotional story of the film."

And if past performers are anything to go by, Billie could bag herself an award for the song as Sam Smith - who sang 'Writing's on the Wall' for Spectre - received a Golden Globe and an Oscar, while Adele performed 'Skyfall' for the film of the same name and scooped an Oscar, a Brit Award, a Grammy and a Golden Globe.