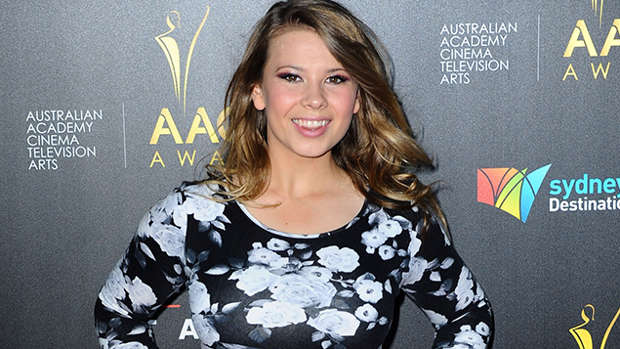 While it hasn't even been a week since Bindi Irwin announced her surprise engagement to her boyfriend of six years, Chandler Powell, the conservationist has already decided who will walk her down the aisle ...

The 21-year-old bride-to-be, who is planning on tying the knot sometime next year, wants her 15-year-old brother Robert Irwin to take on the role that would typically have been filled by her late father, Steve Irwin.

She told Entertainment Tonight: "I think that for me, it'll be really important that Robert walks me down the aisle. That's something that I really want to do.

"I'm always so grateful that Robert is there, and he has been such a big part of my life and he's always stepped up and been the one to give me a hug when I need it and encourage me forward in life.

READ MORE:
• Bindi Irwin shares an emotional post about her late father 12 years after his death
• Bindi Irwin stuns in never-before-seen throwback video of her 'Dancing With The Stars' rehearsals

"So he will definitely be the one to walk me down the aisle when the time comes, and I think that will make it really special.

"And I think that's what dad would have wanted as well."

The former Dancing With the Stars champion - who was just eight-years-old when her father passed away - is also planning on giving the honour of the traditional father and daughter dance to her mother Terri Irwin at the wedding reception.

On my birthday I said ‘yes’ & ‘forever’ to the love of my life.
Chandler, close to 6 years ago I fell in love with you & every day since has been a whirlwind of adventure & true happiness.
Here’s to a lifetime of friendship, purpose & unconditional love❤️ pic.twitter.com/eaI57xwYWm

"So I think, when the time comes, Robert will walk me down the aisle, [Chandler and I] will have our wonderful moment and I'll have my dance with mom. I think that would be wonderful," Bindi continued.

Irwin and Powell, 22, started dating in 2013 when he was in Australia for a professional wakeboarding competition.