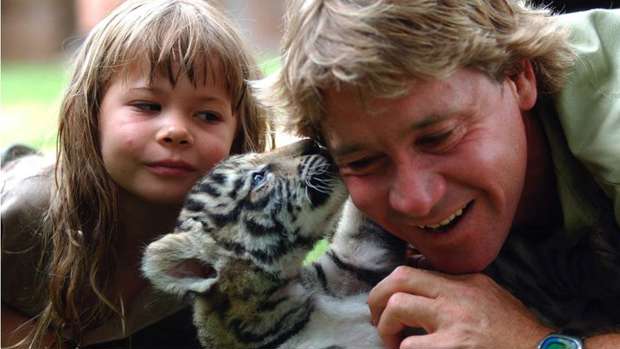 To mark the emotional occasion Steve's daughter Bindi Irwin has taken to social media with a heartfelt video filled with "wonderful" family moments in honour of her late dad.

The video features a montage of footage of Steve and Bindi's mother Terri playing with her as a child and introducing her to the world of animals.

"Look at my baby," Steve says at the start of the touching clip while holding Bindi as a baby.

The former Dancing With the Stars champion can also be seen giggling as her father - who was also known as The Crocodile Hunter - pretends to wrestle a stuffed snake and croc.

"Reflecting on these wonderful moments. Hug the people in your life who bring light to your heart and always remember that love lasts forever," the conservationist wrote alongside the clip.

READ MORE:
• Bindi Irwin has just revealed who she wants to walk her down the aisle and her choice is very sweet!
• Bindi Irwin stuns in never-before-seen throwback video of her 'Dancing With The Stars' rehearsals

It's 13 years since Steve died on September 4, 2006, after being struck by a deadly stingray barb while filming for one of his many TV shows off Port Douglas in North Queensland, and left a family, a nation, and the world in shock.

Although it’s been over a decade since her father's death, the 21-year-old bride-to-be - who is planning on tying the knot sometime next year - still gets emotional about her family's loss.