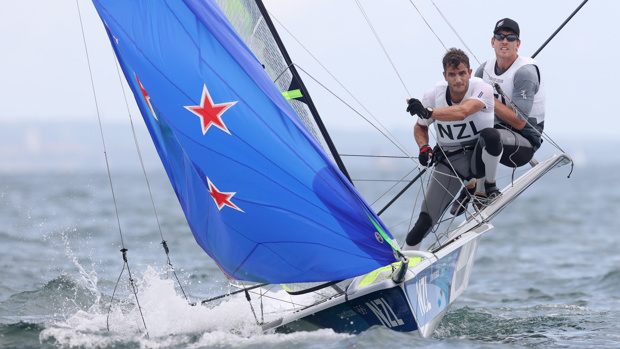 Blair Tuke and Peter Burling have won New Zealand's 15th medal of the Tokyo Olympics after claiming silver in the men's 49er today.

The Great Britain crew of Dylan Fletcher and Stuart Bithell crossed the finish line just in front of Germany to claim gold.

The final standings (with the tiebreaker being the crew which finished higher in the medal race) were:
Great Britain - 58
New Zealand - 58
Germany - 70
Spain - 70

Going into the medal race Burling and Tuke were well-placed to defend their gold medal from Rio in 2016, holding a four-point lead.

Unforunately, the Kiwi duo needed Germany to win the race to bring home the gold again.

They also claimed silver in 2012 in London.