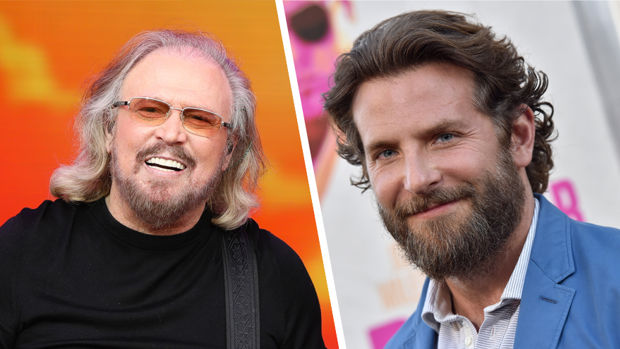 Bradley Cooper is no stranger to playing musicians.

But after taking on country-rocker Jackson Maine in A Star is Born, his next rumoured role will require him to hit some much higher notes ...

Because the 45-year-old actor is reportedly in talks to play Barry Gibb in the upcoming Bee Gees movie biopic.

According to the Daily Mail, the Limitless actor has been contacted by producers over the possibility of playing the eldest of the Gibb brothers, who frequently topped music charts with his younger brothers Robin and Maurice.

The film is set to follow the group from the time they arrived in London from Australia and had their first number one hit with 'Massachusetts' in 1967.

The movie is currently untitled and a director is still to be confirmed for the project, but Paramount Pictures have purchased the rights to use the Bee Gees music from the Gibb estate.

Anthony McCarten, who penned the screenplay for Bohemian Rhapsody, has also been tapped to write the script for the biopic.

Barry is the last surviving member of the band after Maurice died at the age of 53 in 2003, following complications from a twisted intestine which led to a cardiac arrest, and Robin's death in 2012 aged 62 after battling cancer and liver and kidney failure.