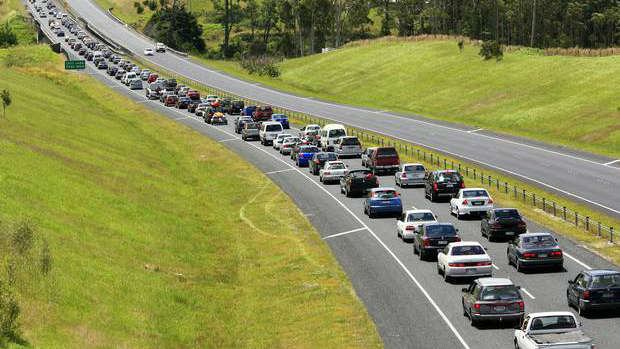 The time to stop, relax and bask in the summer sun is almost upon New Zealand but there's just one more hiccup in the way: holiday traffic.

And with almost double the number of deaths in December so far compared to last year, police are pleading with drivers to take it easy.

To help combat the amount of time stuck in traffic, NZ Transport Agency developed an interactive map highlighting the worst times, days and locations to be on the move.

Overall, the weekends are the worst times to travel, with heavy traffic beginning around mid-morning and finishing in the evening.

While traffic is tipped to be bad out of most main centres, horrendous traffic was also expected throughout the Kāpiti Coast.

Starting on Friday and running through until January 5, traffic on State Highway 1 between Peka Peka and Ōtaki would be busy each day. The story is worse for Saturday, with traffic building from 6am and becoming heavy for most of the day between 6.30am and 5pm.

And Sunday does not offer much reprieve, with traffic heaviest between 8.30am and 5pm.

Other hotspots kicking off on Friday are SH1 at Takanini southbound, SH1 between Puhoi and Wellsford northbound, and SH1 at Taupiri north of Hamilton heading south. Predicted peak times are subjected to change based on the number of traffic incidents, weather and even driver behaviour.

To stay up to date with the latest updates, NZTA said commuters could check their "Journey Planner" for accurate information about road and traffic conditions.