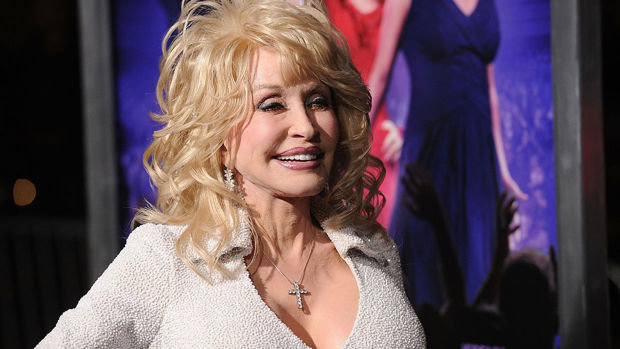 Dolly Parton sent social media users into a frenzy yesterday when she recreated her original Playboy cover to wish her husband, Carl, a very happy birthday.

The Queen of Country - who turned 75 in January this year - donned a Playboy bunny costume complete with a black bustier, black gloves, a white and pink bow tie and bunny ears.

"You're probably wondering why I'm dressed like this ... well it's for my husband's birthday," Parton said in a video posted to social media.

"Member sometime back I said I was going to pose on the Playboy magazine when I was 75? Well, I'm 75 and they don't have a magazine anymore."

"So I was trying to do something to make him happy. He still thinks I'm a hot chick after 57 years and I'm not going to try and talk him out of that. And I hope he agrees. What do you think?"

The 'Jolene' singer said she created a photoshoot for her husband in the outfit and had a cover made of the "old-new Dolly." Parton became the first country singer to pose for Playboy when she appeared on the October 1978 cover at the age of 32.

Carl and Parton have been married for 57 years.