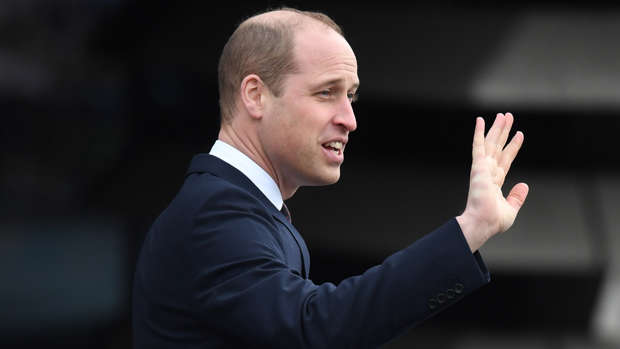 According to Scotland Yard, a police motorcycle was "involved in a collision with a pedestrian. The woman, believed to be in her 80s, has been taken to hospital for treatment where she remains."

The woman's injuries have been described as “serious” by the Independent Office for Police Conduct, which is investigating the matter.

William and his wife Kate Middleton were leaving London to take part in a ceremony at Windsor Castle when the accident happened.

A spokesperson for the royal couple said they did not see the accident.

"The Duke and Duchess of Cambridge were deeply concerned and saddened to hear about the accident on Monday afternoon," a palace spokesperson said.

"Their Royal Highnesses have sent their very best wishes to Irene and her family and will stay in touch throughout every step of her recovery."

A member of the couple's staff has visited the woman and delivered flowers.

It is the fourth road accident involving a member of the Royal Family in seven months. The Duke of Edinburgh's smash at Sandringham earlier this year resulted him giving up his driving licence at the age of 97.