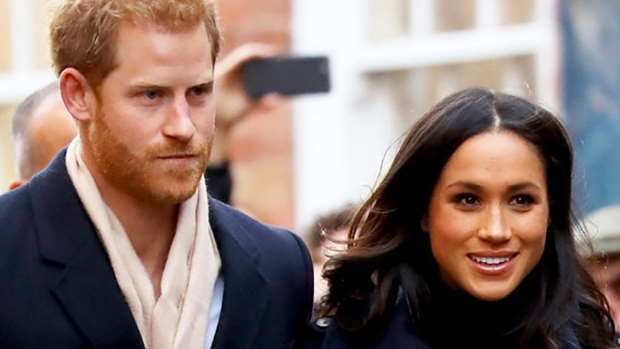 Prince Harry and Meghan Markle will be wed at St George's chapel inside Windsor Castle at 11pm NZ time.

Earlier, The Queen announced Prince Harry is now the Duke of Sussex, and Meghan Markle will become Duchess of Sussex after the wedding.

The much-anticipated wedding of Prince Harry and Meghan Markle is here.

The 2640 members of the public who have been invited into the grounds of the castle are starting to arrive including representatives of Harry's charities and 1200 people who have served their communities.

The service will be conducted by Reverend David Conner and officiated by Archbishop of Canterbury Justin Welby, who baptised Meghan Markle earlier this year.

Following the ceremony the couple will ride through the Windsor's narrow cobbled streets - likely lined with royal fans - in the Ascot Landau carriage, escorted by the Household Cavalry Mounted Regiment.

It has been a turbulent week in the lead-up to the couple's big day, with the announcement Markle's father Thomas would not be attending the wedding.

READ MORE:
• These are the 9 strict rules every royal wedding guest must follow this weekend...
• It looks like THIS could be Meghan Markle's wedding dress

Her mother Doria Ragland arrived in the UK on Thursday, and it was announced soon after that Prince Charles will walk Markle part way down the aisle.

Kensington Palace said in a statement: "Ms Meghan Markle has asked His Royal Highness The Prince of Wales to accompany her down the aisle of the Quire of St George's Chapel on her Wedding Day.

"The Prince of Wales is pleased to be able to welcome Ms Markle to The Royal Family in this way."

Markle has made the bold choice to complete part of the bridal procession alone and will be joined by Prince Charles as she makes her way to her groom.

The couple will marry in front of 600 guests, who will sing God Save the Queen.

The newlyweds will leave the chapel to the strains of an allegro from Symphony No. 1 by 18th-century composer William Boyce, and the gospel sounds of Amen/This Little Light of Mine.

The Church of England doesn't allow couples to write their own wedding vows — so both Harry and Meghan will have to stick to the script in front of them.