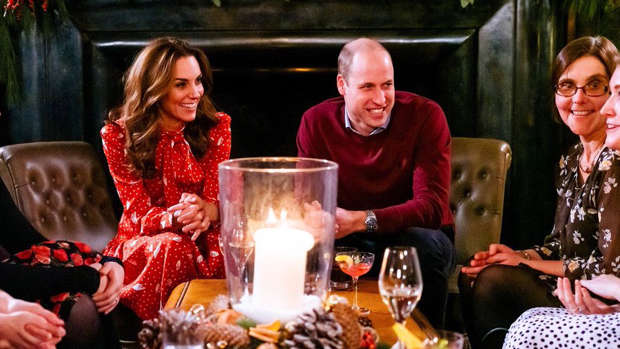 Royal family fans were given an extra special treat last week when Kate Middleton and Prince William starred alongside Mary Berry in A Berry Royal Christmas.

However, while viewers got to hear a little bit about Prince Louis' first words and the dishes that William once made to woo his now-wife, there was one moment in particular that stood out the most to fans.

As the Duke and Duchess of Cambridge were chatting beside an open fire, the mother-of-three appeared to shrug off her husband's hand when he placed it on her shoulder.

Kate shaking off William's hand on her shoulder during #ABerryRoyalChristmas pic.twitter.com/NyzjdKC3rk

Fans took to social media to stir the pot about the couple's relationship.

"Are you two still in a relationship are you both putting in a front?" asked one viewer.

While a second wrote: "Awkward! Too awkward! They should have cut it out!"

"I really can't stop watching this," said someone else.

Are you two still in a relationship are you both putting in a front ? #ABerryRoyalChristmas pic.twitter.com/7ZxNvgb4ns

Our guess is that she was possibly trying to limit the amount of public display of affection during the TV special.

Typically, the couple abides by the Queen's wishes for members of the royal family to avoid showing affection toward each other in public.