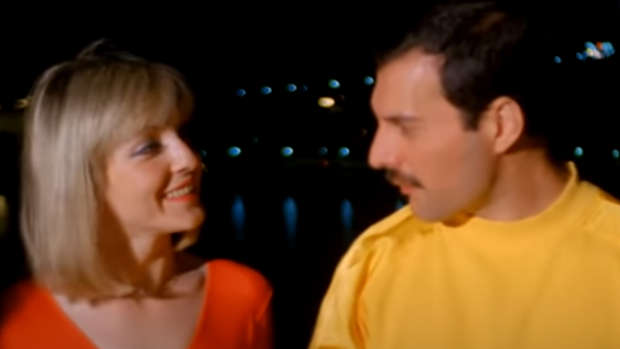 While it has been 29 years since the legendary Queen frontman Freddie Mercury left this earth, vintage footage from 1986 has given fans a special glimpse of his relationship with Mary Austin.

Filmed in Budapest ahead of the Hungarian Rhapsody: Queen Live in Budapest concert on the 27th of July, the pair can be seen standing side by side as he practises singing the traditional Hungarian folk song 'Tavaszi Szél Vizet Áraszt' to the "love of his life."

Throughout the touching moment, Freddie looks to Mary her for reassurance of his singing.

The 'Bohemian Rhapsody' hitmaker went on to sing the folk song live in front of 100,000 people at the concert later that night - marking one of the final stops of Queen's last tour with Freddie as their frontman.

Freddie first met Mary in 1969, five years after moving to England. She remained by his side until he passed away from AIDS-related pneumonia in 1991.

Freddie left her half of his £75million estate, including the £25million Georgian mansion in Kensington.

She still lives in the West London mansion where Freddie died.

NOTE: Skip to the one minute and 30 seconds mark to watch Freddie sing to Mary.