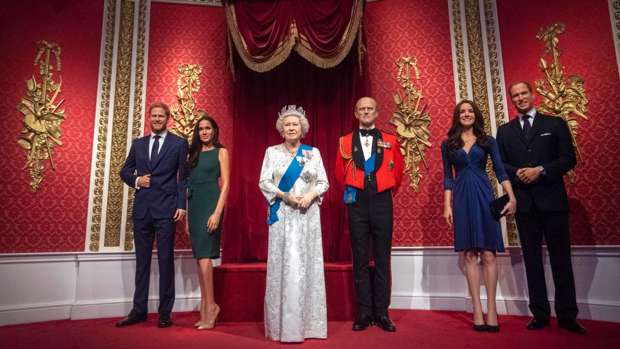 It appears more scandal has erupted in the wake of Prince Harry and Meghan Markle's decision to step back from senior royal roles, yesterday morning.

World famous wax museum, Madame Tussauds has removed the popular waxworks of Harry and Meghan from the Royal family display at their London museum.

We’ve got to respect their wishes 🤷‍♂️ #Megxit pic.twitter.com/mb936VcqRd

"Alongside the rest of the world we are reacting to the surprising news that the Duke and Duchess of Sussex will be stepping back as senior Royals," Steve Davies, General Manager at Madame Tussauds London, said in a statement.

"From today, Meghan and Harry's figures will no longer appear in our Royal Family set. As two of our most popular and well-loved figures they will of course remain an important feature at Madame Tussauds London as we watch to see what the next chapter holds for the them," Davies said.

The statues which reportedly cost around $300,000 NZD to make, previously stood alongside The Queen, Prince Philip, Prince William and Kate Middleton in a very extravagant Royal area of the museum.

Prince Harry and Meghan Markle announced yesterday that they would be standing down as 'senior' members of the Royal family and seek financial independence.

The news comes after the couple were in the spotlight after choosing to spend Christmas in Canada, away from the rest of the Royal family and out of the public eye.