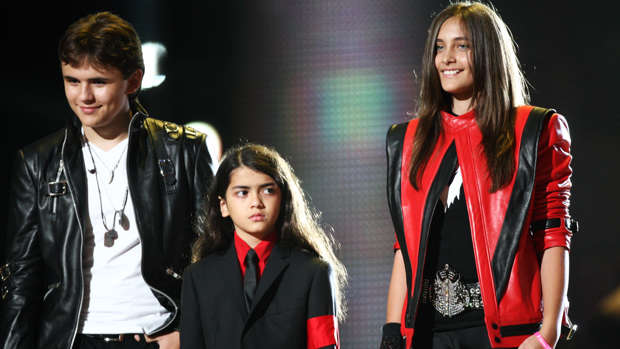 The 'Beat It' singer - who died from acute Propofol intoxication in June 2009 - had his body cremated and now it has been claimed Prince Michael, 22, Paris, 21, and Blanket, 17, had his remains encased in jewellery shaped like broken hearts, though they rarely don the pieces in public.

A source told RadarOnline.com, "The ashes are now in necklaces like the one that Paris wore to Michael's memorial service and wrapped around his wrist as he lay in his open coffin.

"She and her brothers rarely wear the necklaces in public. They keep them in locked boxes at home, as they're afraid of losing the last remains of their father."

Although the 'Thriller' hitmaker's golden casket was publicly installed in a crypt at Forest Lawn Memorial Park's Great Mausoleum in California, it was previously claimed his mother Katherine had actually had his body cremated in order to deter grave robbers and his coffin is actually empty.

A source previously said: "Everyone thinks Michael is buried at Forest Lawn, but he's not. The family has kept the secret for safety reasons and to fulfil Michael's wishes. But Katherine has privately revealed the truth to trusted friends...

"Katherine was paranoid and scared someone would steal his body. Michael was used to putting on a show, so the family wanted the monument at Forest Lawn because so many Hollywood legends have been buried there.

"Michael's ashes were scattered at his beloved Neverland, which was very special to him. The Giving Tree was his favourite spot on the property. He would spend hours there writing."

It was previously reported Michael's children still continue to live their lives thinking the King of Pop is still around spiritually and is "looking down upon them".

The source added: "The kids live like Michael is constantly looking down upon them."