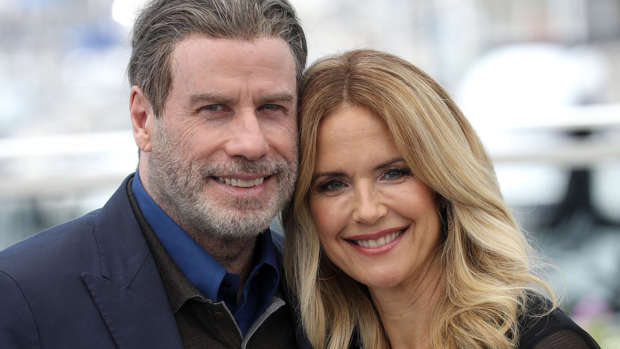 John Travolta is thankful for the well-wishes he's received from fans and peers following the death of his wife Kelly Preston earlier this year.

The beloved Grease star took a moment as he marked his first Thanksgiving since Kelly's passing to say thanks to everyone for their support.

Taking to Instagram, the 66-year-old actor posted an emotional 11-second video of himself looking directly into the camera.

"I want to take this moment to thank each and every one of you for supporting me in such an incredible way this year," he said in the self-facing clip.

Next to the video, he wrote: "Happy Thanksgiving everyone."

Preston passed away in July after privately battling breast cancer for the last two years.

"It is with a very heavy heart that I inform you that my beautiful wife Kelly has lost her two-year battle with breast cancer. She fought a courageous fight with the love and support of so many."

It is with a very heavy heart that I inform you that my beautiful wife Kelly has lost her two-year battle with breast cancer. She fought a courageous fight with the love and support of so many. My family and I will forever be grateful to her doctors and nurses at MD Anderson Cancer Center, all the medical centers that have helped, as well as her many friends and loved ones who have been by her side. Kelly’s love and life will always be remembered. I will be taking some time to be there for my children who have lost their mother, so forgive me in advance if you don’t hear from us for a while. But please know that I will feel your outpouring of love in the weeks and months ahead as we heal. All my love, JT

As well as John, Kelly is survived by her 20-year-old daughter Ella and nine-year-old son Benjamin.

The couple's 16-year-old son Jett tragically died in January 2009 after suffering a seizure.