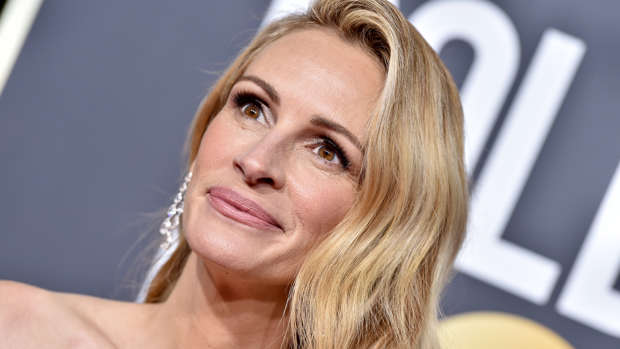 Could these two get any cuter?!

Julia Roberts and her husband, cinematographer Daniel Moder, celebrated 18 years since they tied the knot over the weekend.

Taking to Instagram, the 52-year-old My best Friends Wedding actress shared a rare photo with her husband to mark their anniversary.

While she usually keeps her personal life extremely private, Roberts made an exception posting a casual shot of her kissing Moder on the cheek.

Alongside the photo, the award-winning actress wrote: "18 years ✨ #heckyes."

Roberts and Moder had a low-key surprise wedding at the actress' ranch in Taos, New Mexico in 2002.

A group of around 60 family and friends travelled to the home to "celebrate Independence Day."

The couple had met just two years prior while making the movie The Mexican, which starred Roberts alongside Brad Pitt.

Together they have three children; Hazel and Phinnaeus, 15, and Henry, 13.