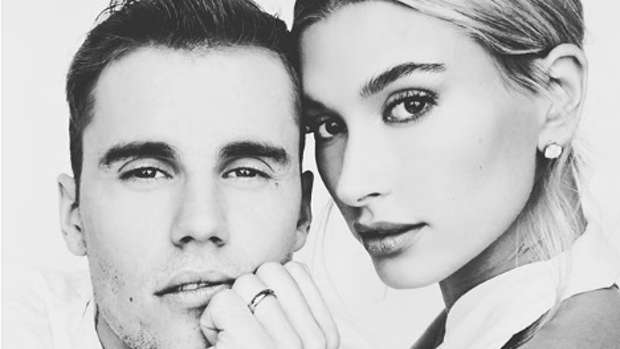 While it has already been a week since Justin Bieber married the woman of his dreams, Hailey Bieber, née Baldwin, fans have only just been given their first look at the bride's dress ...

And it is STUNNING.

The 22-year-old model walked down the aisle in a stunning ornate, pearl-encrusted lace fishtail gown by Off-White.

Posting photos of the dress on Instagram today, the bride thanked her dress designer, Virgil Abloh, for the creation, writing: "Thank you for making my vision come to life and creating my dream dress. You and your Off White team are incredible and I'm forever grateful I got to wear your beautiful creation."

@virgilabloh thank you for making my vision come to life and creating my dream dress. You and your @off____white team are incredible and I’m forever grateful I got to wear your beautiful creation. ❤️

last Monday was the most special day of my life:)

The bespoke gown featured an off-the-shoulder neckline, a figure-fitting silhouette with sheer panels and pearl-embellishments, a dripping six-foot tulle train, and a dramatically long 12-foot veil with the words "TILL DEATH DO US PART" stitched in Abloh's signature font.

The newlywed went to extreme lengths to keep her wedding dress a secret from the public before the ceremony - which was held at the Montage Palmetto Bluffs in South Carolina - by walking to the chapel under a tent.

Hailey previously revealed she had her wedding dress designer picked out since September 2018.

For their reception dinner, the beauty switch out her long-sleeved wedding dress for a halter dress that looked similar to the same Stella McCartney gown Meghan Markle wore during reception dinner at Frogmore Cottage.

Looking forward to forever with you @haileybieber

Hailey and Justin - who originally wed in a secret ceremony in September 2018 - exchanged vows in front of 154 guests, including the likes of Ed Sheeran, Kendall and Kylie Jenner, Usher and Jaden Smith.

It's believed the ceremony was conducted by Justin's pastor Judah Smith, while Hailey's sister Alaia Baldwin and cousin Ireland Baldwin were her bridesmaids.