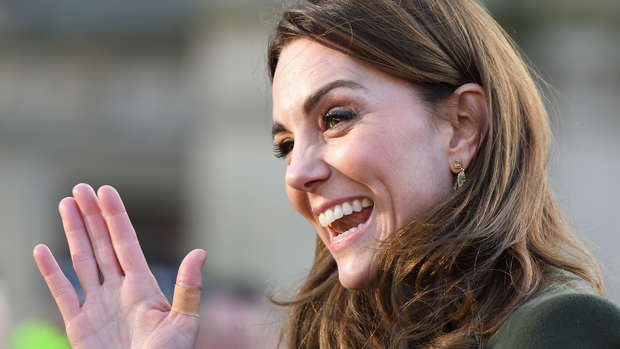 After nearly a year of pregnancy rumours surrounding Kate Middleton, the mother-of-three has revealed Prince William doesn't want to have any more children.

The Duchess of Cambridge - who is already mum to Prince George, six, Princess Charlotte, four, and Prince Louis, one - opened up about the rumours during an official visit to Bradford yesterday.

As she spoke with royal fan Josh Macplace - who is autistic and has DiGeorge syndrome - he told her he had sent cards congratulating her after the birth of all three of her children. To which the 38-year-old royal replied: "I don't think William wants any more."

Catherine then bent down and hugged the 25-year-old after he held his arms out to her.

She said: "Thank you for the hug."

Previously the Duchess had admitted she felt "broody" after meeting a five-month-old baby in Northern Ireland but joked at the time her husband wouldn't be impressed. As the 37-year-old mum previously suffered from Hyperemesis Gravidarum - which causes extreme morning sickness - during her pregnancies, she might also be happy to stop at three.

The couple visited the Khidmat Centre - which is devoted to helping vulnerable members of society from minority ethnic backgrounds - to learn about the activities and workshops run by the facility.