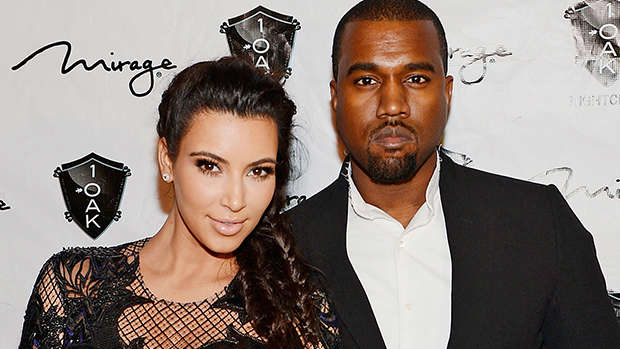 Taking to Twitter to announce the arrival of their baby boy, who was born via surrogate, the 38-year-old reality star wrote: "He’s here and he’s perfect!"

The proud parents have yet to reveal the newborn's name.

The Keeping Up with the Kardashians star also confessed the tot bears an uncanny resemblance to his big sister Chicago - who was the couple's third child, and first child born via surrogate when she was welcomed into the world in January 2018.

Kim - who also mum to North, five, and Saint, three, whom she gave birth to naturally - wrote on Twitter: "He’s also Chicago’s twin lol I’m sure he will change a lot but now he looks just like her."

The TV star was advised against getting pregnant for a third time because she’d suffered complications with both her previous pregnancies.

The tot's birth comes after Kim's sister Kourtney Kardashian revealed on The Ellen DeGeneres Show that Kim's surrogate had gone into labour.

Appearing on the show alongside her mother Kris Jenner - who was unaware of the impending birth - Kourtney said: "So, my mum doesn't even know this - but Kim's surrogate went into labour. So she's at the hospital."

A delighted Kris screamed: "No! What are we doing sitting here? Come on, Ellen. Fire up the car."

Show host Ellen then added: "So, we had to keep it quiet, but yes, that's why she's not here. Because the surrogate went into labour so she's there."

And Kourtney said: "Nobody knows, so everyone in the audience, don't tell."