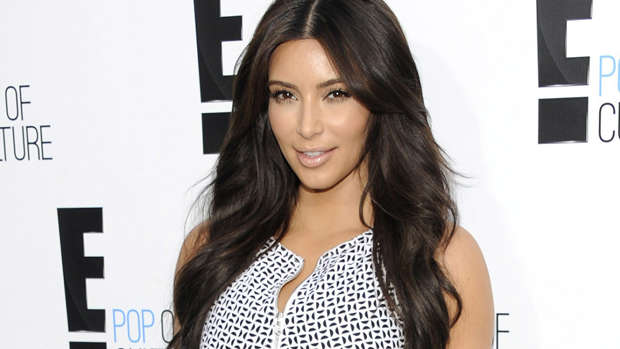 The 38-year-old reality star - who welcomed her fourth child into the world at the start of May when he was born via a surrogate mother - kept the world waiting for two months before she gave fans a closer look at the new arrival.

Captioning a picture of the young tot smiling on social media, Kim wrote: "I meannnnn my baby Psalm is so sweet!!!"

I meannnnn my baby Psalm is so sweet!!!

And she's not wrong! Unsurprisingly, he is absolutely beautiful!

The adorable post comes after it was claimed the Keeping Up with the Kardashians star - who also has North, five, and Saint, three, whom she carried naturally, and 16-month-old Chicago, who was also born via surrogate, with husband Kanye West - spends over $1 million a year on childcare for her brood.

A source said: "Right now, what's costing them the highest by far though are the nannies. They have teams of staff on call 24/7, and when they're away they take a nanny with them to help out if they're too busy. Plus there's the army of assistants, along with personal trainers, chefs and stylists. It costs them anything from $50-100k in monthly bills."

But despite the high costs, Kim and Kanye, 42, are said to be very "hands-on" parents.

Another source explained: "Kim has help, but is very hands on too. She and Kanye have both been up at night with the baby. He is still small and on a strict feeding schedule. They have to wake him up to feed him. She knows they all need special, quality time with her. Kim hasn't been working at all and is only focusing on her family right now ... [Kim] has a bit of a lighter schedule right now so she can bond with her baby. She seems very happy. And Kanye loves the energy of having a newborn. A new baby to love and get to know is so special for the whole family."

The TV star was advised against getting pregnant for a third time because she’d suffered complications with both her previous pregnancies.