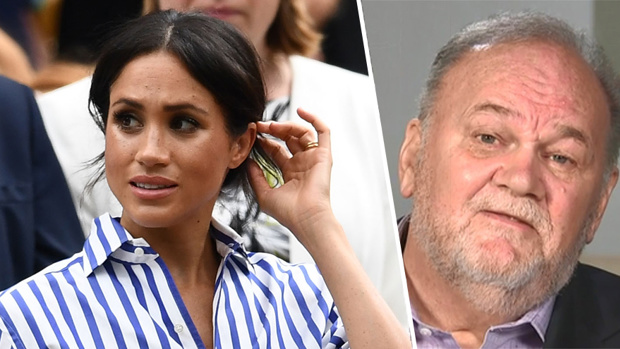 Meghan Markle's estranged father Thomas Markle has suffered a major stroke, and lost his speech, according to reports.

"I am devastated to report this news, just seven days before Thomas would have joined me in London to celebrate the Queen's 70th year on the throne for a TV special on my GB News show, fulfilling his long-held wish to visit Windsor Castle," Wootton wrote.

He was set to fly to the UK in a few days to make a number of media appearances during the Queen’s Jubilee celebrations.

"I have been aware of the stroke since this morning and had agreed with both Thomas and his distraught daughter Samantha not to report the news while he underwent further tests to establish the severity of the stroke.

"But a high-profile American website has received information from within the hospital, meaning news of his stroke was about to break."

Markle was pictured arriving on an ambulance stretcher in Tijuana, Mexico, on Monday.

TMZ reported he had been transported across the border to a hospital in Chula Vista, California.

The Duchess of Sussex's father wore an oxygen mask to help him breathe and was accompanied by paramedics.

The 40-year-old former actress has been estranged from her father since he famously skipped her and Prince Harry's wedding amid fallout stemming from the staged photo scandal and him repeatedly speaking about the Sussexes to the press.