It appears Melania Trump has taken fashion notes from a specific member of the royal family for her latest visit to Buckingham Palace. 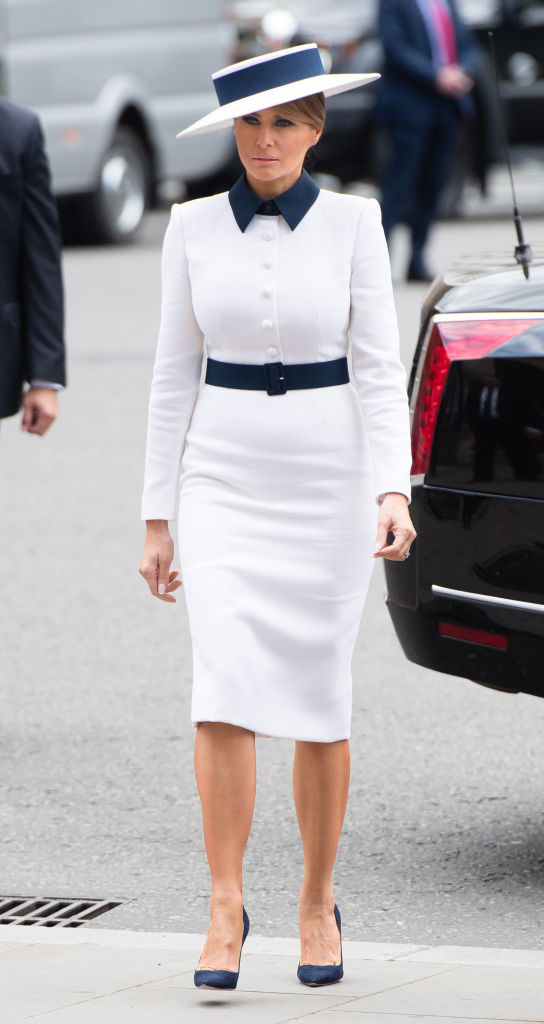 Many couldn't help but notice that the chic outfit bared a striking resemblance to a suit the late Diana wore during an appearance at the V-J Day festivities in 1995, which was reportedly designed by Tomasz Starzewski.

Fashionistas were quick to approve of the outfit on Twitter, with some saying they “love” the look.