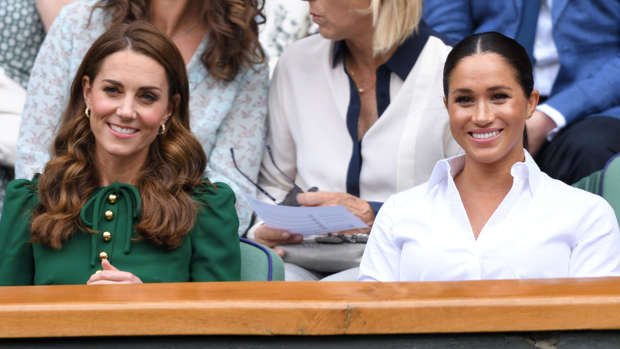 Meghan Markle and Kate Middleton are often compared to one another, but as for who's more popular ... a recent poll out of America may surprise you.

Market research company YouGov asked participants from the US: "Who do you have a more favourable view of out of the royal family".

According to the poll, 61 per cent of participants said they preferred the mum-of-three, compared to Meghan who only received 48 per cent of the vote.

Also listed as options were the Queen, who secured the most amount of votes with 69 per cent, the late Princess Diana, who got 63 per cent of the vote and Princes William and Harry who both got 63 per cent, like their mother.

Prince Phillip got 47 per cent, Charles got 42 per cent of the vote and sister, Anne, 38 per cent.