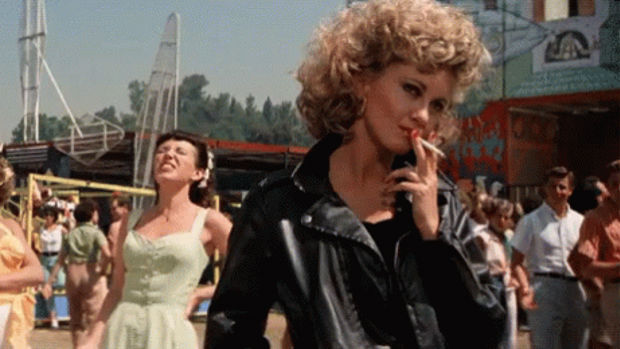 Olivia Newton-John has been regifted her Grease jacket after it was auctioned off for charity.

The 71-year-old actress - who starred as Sandy in the iconic 1978 musical movie - sold her iconic leather jacket she wore whilst performing 'You're The One That I Want' with John Travolta to help raise money for the Olivia Newton-John Cancer Wellness & Research Centre centre last month.

"It should not sit in a billionaire's closet for country club bragging rights," the anonymous buyer told Newton-John.

"The odds of beating a recurring cancer using the newest emerging therapies is 1,000-fold greater than someone appearing out of the blue, buying your most famous and cherished icon, and returning it to you," the buyer told the iconic Aussie actress as he presented her with the jacket at a meeting in California last weekend.

Thanking the generous buyer, Olivia said: "That is the most incredibly generous thing to do for me. I'm so grateful and I'm just blown away."

The 'Physical' hitmaker sold over 500 items at auction - including custom Pink Ladies jacket embroidered with Sandy which was gifted to the actress by the cast and crew when filming wrapped - to help raise money for her cancer research centre, which the singer co-founded after her first bout of breast cancer in 1992.

Olivia said she would put the jacket on display at the Melbourne cancer centre.

The 'Hopelessly Devoted to You' singer was diagnosed with breast cancer in June 2017. She also has a tumour in the base of her spine.

In September last year, the star told Sunday Night she had decided to treat this cancer with "modern" medicines and natural remedies.

"I’m treating it naturally and doing really well," she said at the time.

Olivia was previously diagnosed with breast cancer 25 years ago, after finding a lump on her right breast.

The Grease star - who has a daughter Chloe with her ex-husband Matt Lattanzi - underwent a partial mastectomy and six months of treatment, before getting the all-clear.

However, there was more heartache for the star when she was diagnosed with cancer in her shoulder in 2013 after she was involved in a minor car accident.