The smooth and charming Pierce Brosnan is no stranger to a sharp suit.

And it's safe to say the apple hasn't fallen far from the tree!

The James Bond actor's two youngest sons are all grown up and were just chosen as the 2020 Golden Globe Ambassadors. Stepping out at the Hollywood Foreign Press Association and The Hollywood Reporter celebration of the 2020 award season over the weekend, the handsome father-son trio looked suave in their suits for the occasion.

Models Dylan and Paris Brosnan - who Pierce had with wife Keely Shaye Smith -  said they feel "honoured" to be the first brothers to have been given the prestigious title and admitted their parents are equally delighted. Dylan, 22, said: "We watched the Globes growing up ... and I've gone with him a few times. So it's truly an honour to be here in this capacity and pay homage to our father's legacy."

And the pair's famous father - who also has three kids with late first wife Charlotte Harris - told his sons to "be kind, take it all in and be compassionate."

While Paris, 18, revealed the news of the role came "completely out of the blue" as their parents hadn't told them they had been submitted for consideration. The title of ambassador typically goes to the child of a celebrity and their duties include assisting in distributing the Golden Globe trophies at the ceremony, and working in raising awareness of a selected charitable cause, with the brothers having chosen FEED, a social impact-driven organisation which helps bring nutritious meals to school-aged children around the world. "Dylan and Paris Brosnan have already achieved tremendous success in the fashion world and are following in their father's footsteps in entertainment.

"We're excited to see how they'll use this platform to contribute their talents to elevate the important issue of childhood hunger." 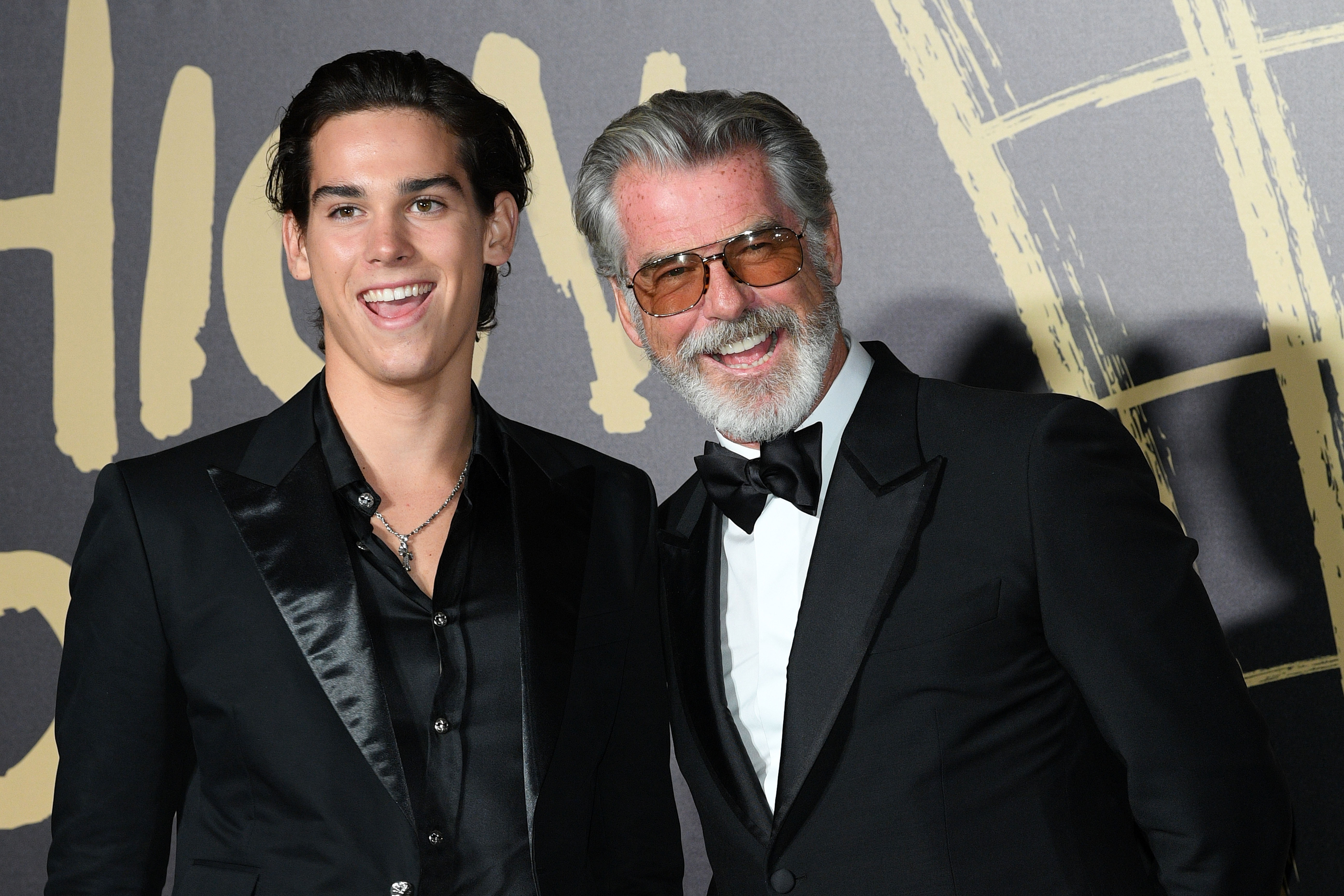 The role was previously known as Miss or Mr Golden Globe but it was changed in 2017, the year Sylvester Stallone's three daughters, Sophia, Sistine, and Scarlet, held the honour.